Vanguard Healthcare Solutions worked with Gloucestershire health managers on a plan to answer these pressures. It allowed NHS patients whose operations had been cancelled due to the flood to receive treatment at a mobile day surgery facility. Vanguard situated the mobile Healthcare Space in the grounds of a private hospital site in Cheltenham. The plan also ensured that the refurbishment of the main operating theatre in Tewkesbury progressed as originally planned.

The mobile facility, staffed by Trust clinical teams supported by Vanguard nurses and operating department practitioners, undertook a series of non-urgent procedures. The Healthcare Space then moved to Tewkesbury to be on site while the planned refurbishment took place. However, the plan changed again as water levels rose further and put the mobile facility at risk. Fortunately, the Vanguard technical team moved it back to its former location in Cheltenham, allowing vital patient care to continue seamlessly. 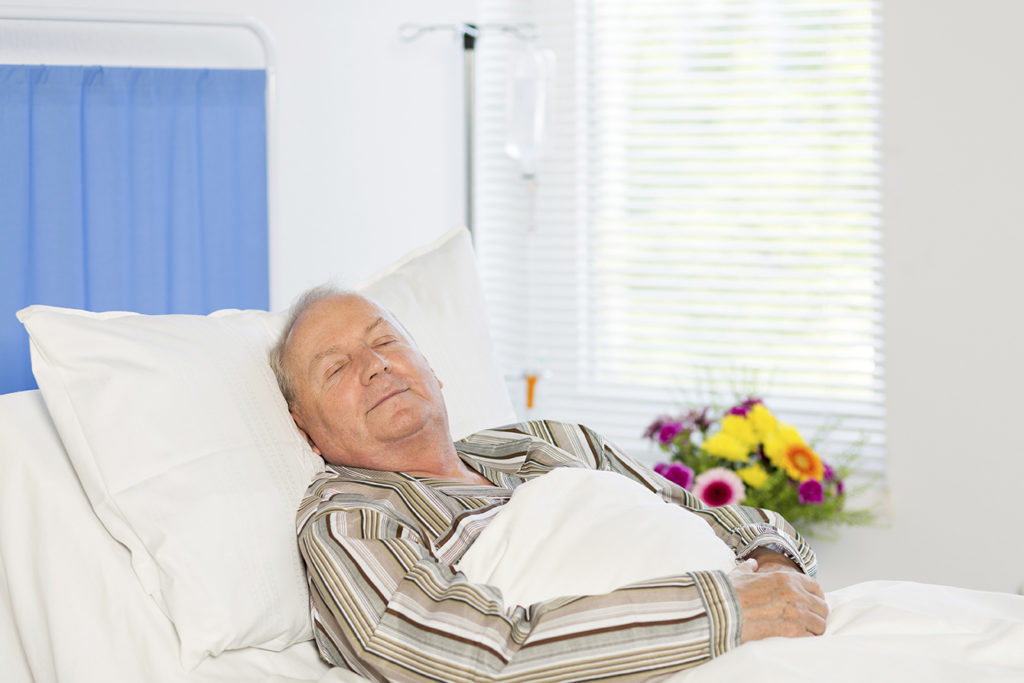 During its initial posting in Cheltenham, the Vanguard facility delivered a service to 700 non-urgent day surgery patients. Despite the ongoing environmental and weather issues, the team provided a constant level of service for patients.

Yvonne Pirso, Associate Director of Communications at Gloucestershire Hospitals NHS Foundation Trust, told us: “Due to difficulties faced by patients in travelling around the county due to the floods and subsequent problems with water supply to both Cheltenham General Hospital and Gloucestershire Royal Hospital, we had to cancel and re-book 8,000 outpatient procedures and 1,200 inpatient operations.

“We were desperately in need of extra capacity so it was with huge relief that we were able to call on Vanguard’s mobile day surgery facility. Positive feedback from the patients treated was both widespread and praise-worthy. Many commented on how bright, clean and efficient the facilities were, while our own clinical teams appreciated how well equipped it was.”